December Update: We did it!! Thank you so much. Time to get to work.

P.S. It’s not too late to support this vision and help meet our stretch goals. All new gifts will be doubled!

Imagine a world where people log onto the internet seeking spiritual refreshment and deep connection, and they find it.

Imagine the fire of fearlessly faithful Friends spreading through modern media technology and sparking a revolution of inward listening.

Thee Quaker Project builds on my 15 years of experience lifting up the stories of Friends as the founding director of the QuakerSpeak video project and as a touring Quaker songwriter. During that time, I’ve watched over 4 million new eyes discover the Religious Society of Friends. I’ve observed a broad hunger for the unique stories Quakers have to tell and the profoundly memorable way we tell them.

At its most fundamental level, this project is an opportunity for us to stand back and recognize that we’re living in a new era–one in which the public dialogue has moved online, for better or worse. As Friends have done many times in the past, we are invited to ask ourselves: what does the world need from us right now? What seeds will we plant to call forth the next generation of faithful, courageous seekers?

What happens when stories of spiritual conviction–shared from a deeply inspired place–catch fire and get shared around the world?

First, we need to invest. We are living through a revolution in communication technology. Revolutions are times of tremendous upheaval, and tremendous opportunity. It is past time for a 21st century Quaker organization with the skills and strategies required to address the challenges and opportunities of the modern world; an organization which is responsive to the ever-changing world of digital communications.

Second, we need to innovate. As the project reaches hundreds of thousands of new people, we are in a unique position to build a broad base of support and establish a new approach to funding our Quaker organizations. This new funding model is well established in the world of online content creators, and only requires the seed capital to set it on the path to sustainability.

What happens when we empower the next generation of spiritual seekers to sink into that clarifying silence and emerge, raising their voices with the conviction of what’s possible?

It’s a bold new idea, and one that I can’t do alone. That’s why I’m inviting you to join the growing coalition of Friends supporting this dream. Together we contribute our time, our financial resources, our expertise, and our spiritual energy to building a new future–for the Religious Society of Friends, and for all of us.

P.S. Thanks to the generosity of several major granting organizations and private donors, we have already raised $75k! Will you help us raise the last $50k and reach our startup goal of $125k by the end of the year?

After years of traveling among Friends as a singer-songwriter, Jon Watts followed a leading in 2013 to start a Quaker YouTube channel. For 6 years, he interviewed Quakers and released a video every week, answering some of the hardest questions about our faith. To date the project has 4.6 million views (that’s 11 times the number of Quakers globally!)

Now Jon has another big dream.

Thee Quaker Project is a registered 501(c)3 corporation. Meet our board! These 9 devoted Friends from across the country are holding this vision and building the structure to support the next generation of visionary online communicators. 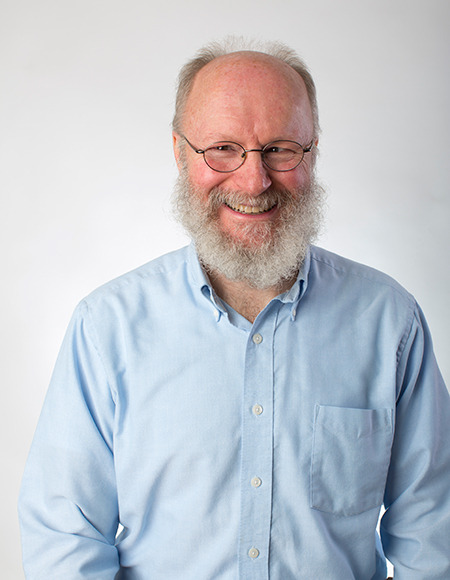 Michael L. Birkel is a professor of Religion at Earlham College in Richmond, Indiana, and director of the school’s Newlin Center. He holds degrees from Wilmington College, the Earlham School of Religion, and Harvard University. Birkel is the author of numerous books on Christian and Quaker figures, as well as more general studies of religious tradition. 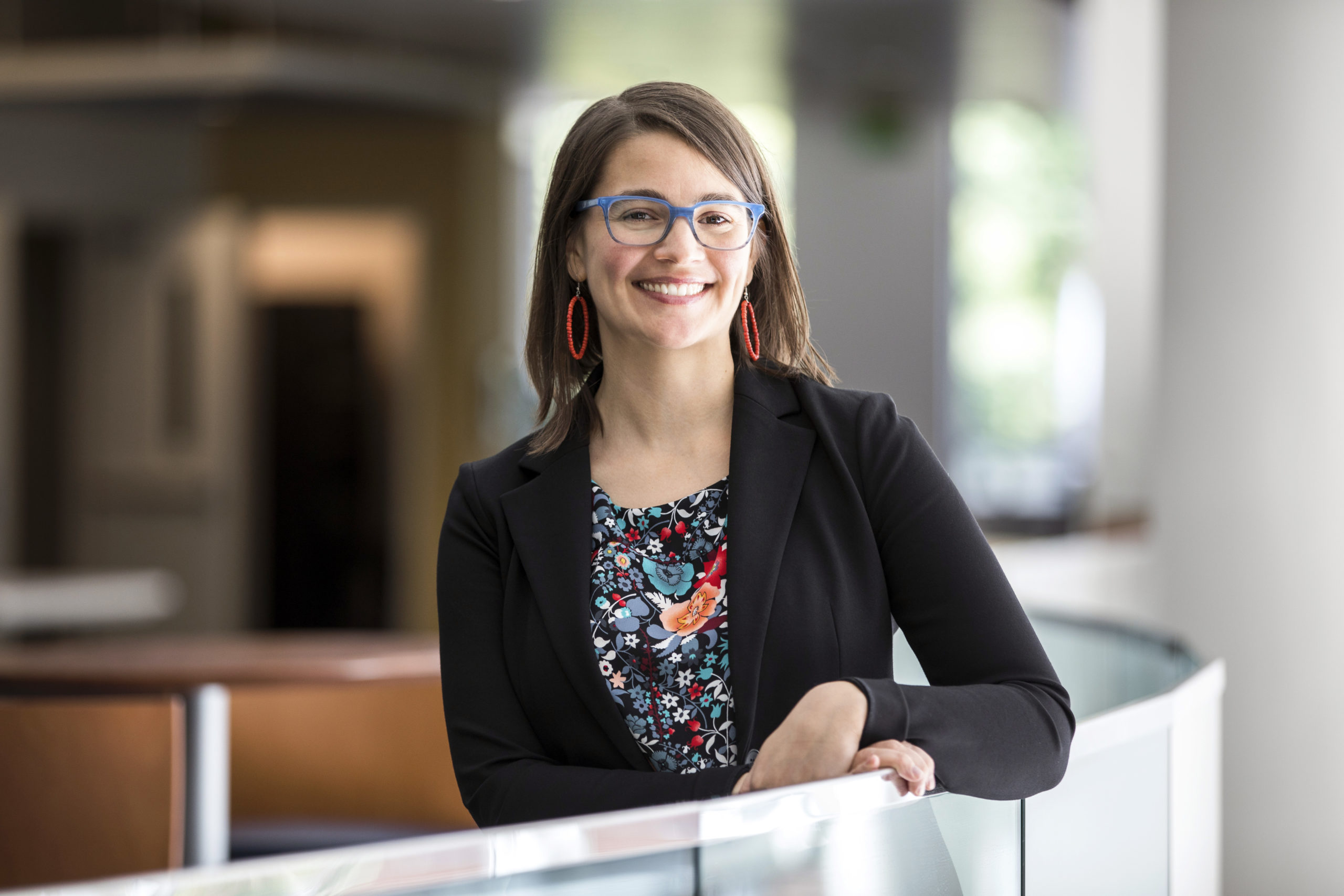 Prior to joining FTE, Christina founded Quaker Voluntary Service and served as its Executive Director for nearly a decade. She also serves on the board of directors of Friends Fiduciary Corporation and on the National Advisory Council to the North Carolina Truth, Justice and Reconciliation Commission. Christina holds an MDiv from Emory University’s Candler School of Theology and a BA from Guilford College. 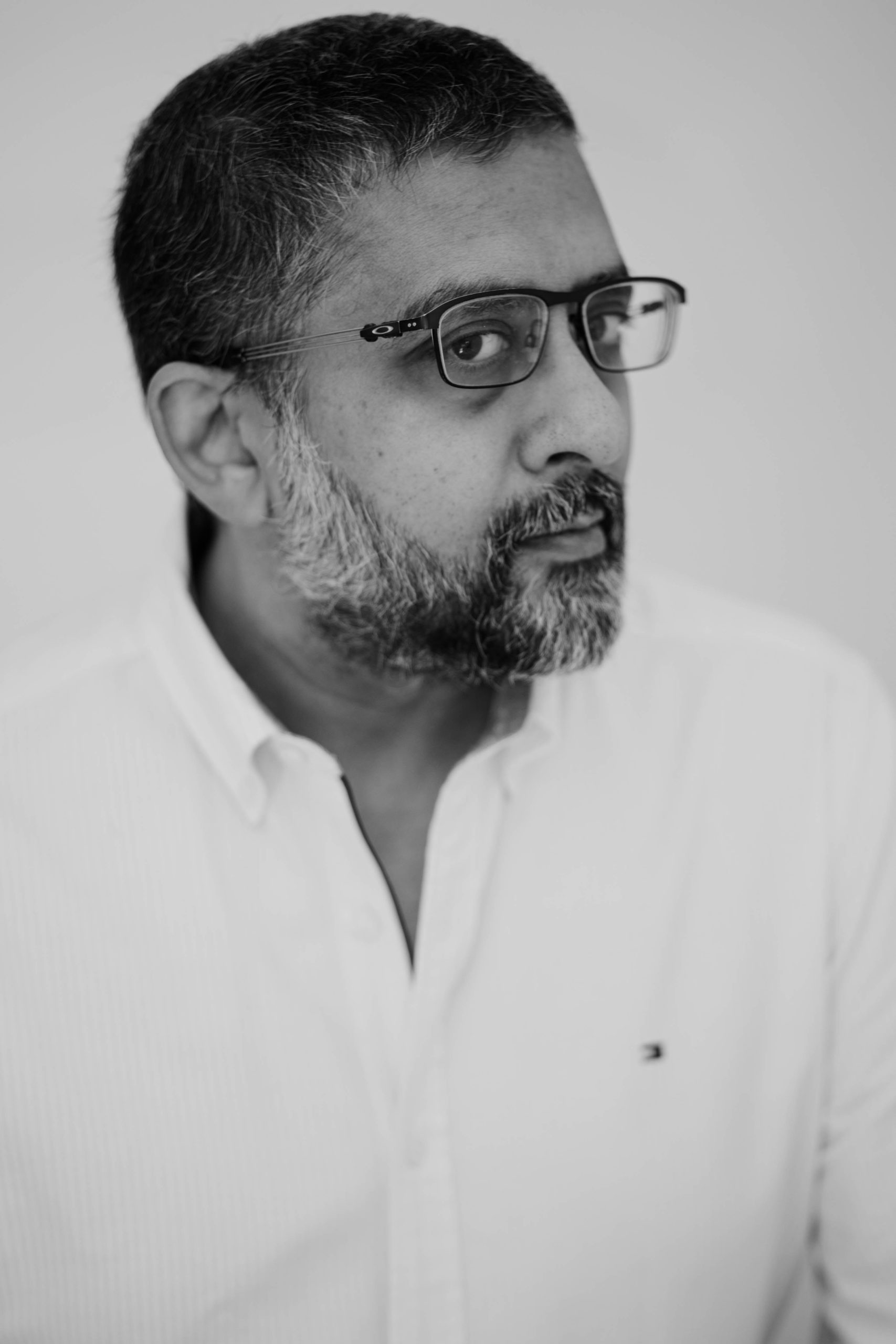 Naveed serves as co-clerk for the AFSC South Region Executive Committee and on the Board of AFSC. Naveed holds a PhD. in Astrophysics and is a Director of Business Development for an analytics firm. He is also a member of the American Theatre Critics Association and a semi-professional photographer. 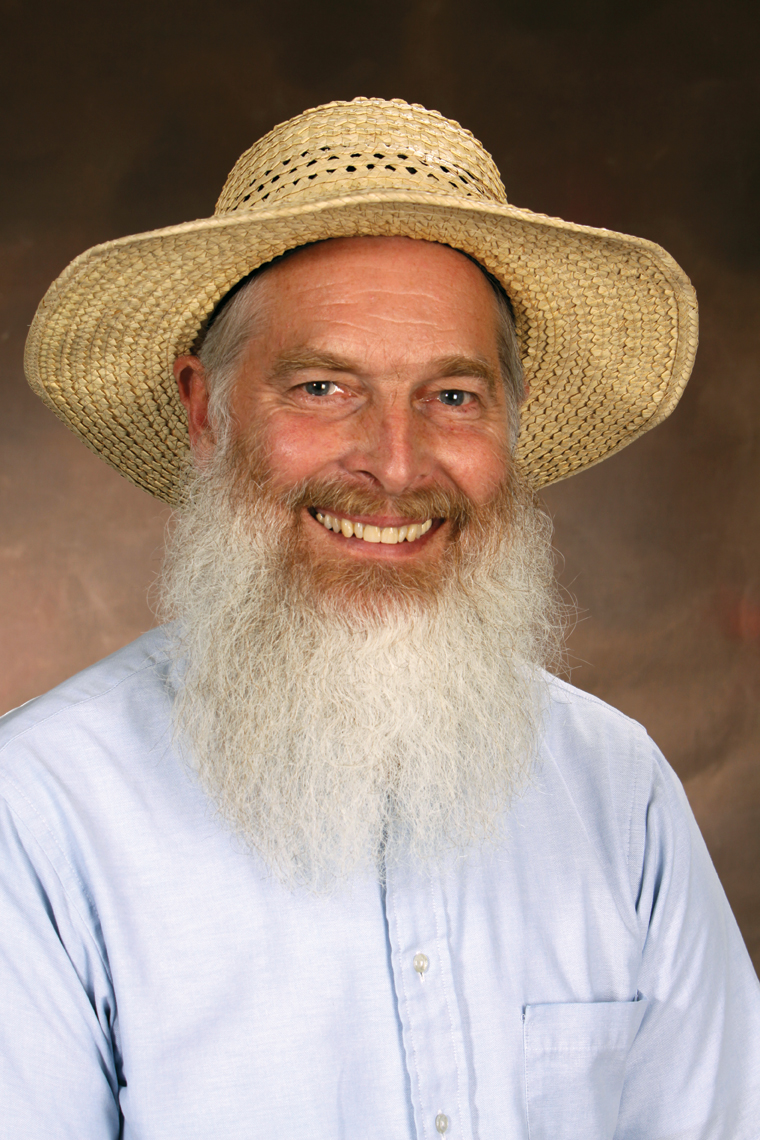 Max L. Carter is a retired Quaker educator, having served for 45 years in Quaker secondary schools and colleges at the Ramallah Friends School, Friends Select School, Friends’ Central School, Earlham College, and Guilford College — from which he retired in 2015 as the William R. Rogers Director of Friends Center and Quaker Studies.

Raised on a Hoosier dairy farm in the Quaker community of Russiaville Friends Meeting of Friends United Meeting, he attended Ball State University before doing alternative service in Palestine as a Vietnam era conscientious objector. He later earned a Master of Ministry degree at the Earlham School of Religions and a PhD in American religious history at Temple University. With his wife Jane he leads annual service-learning trips to Palestine and Israel and speaks and teaches widely on topics of Quaker history and the Middle East. He is a member of New Garden Friends Meeting (Greensboro, N.C.), North Carolina Fellowship of Friends. 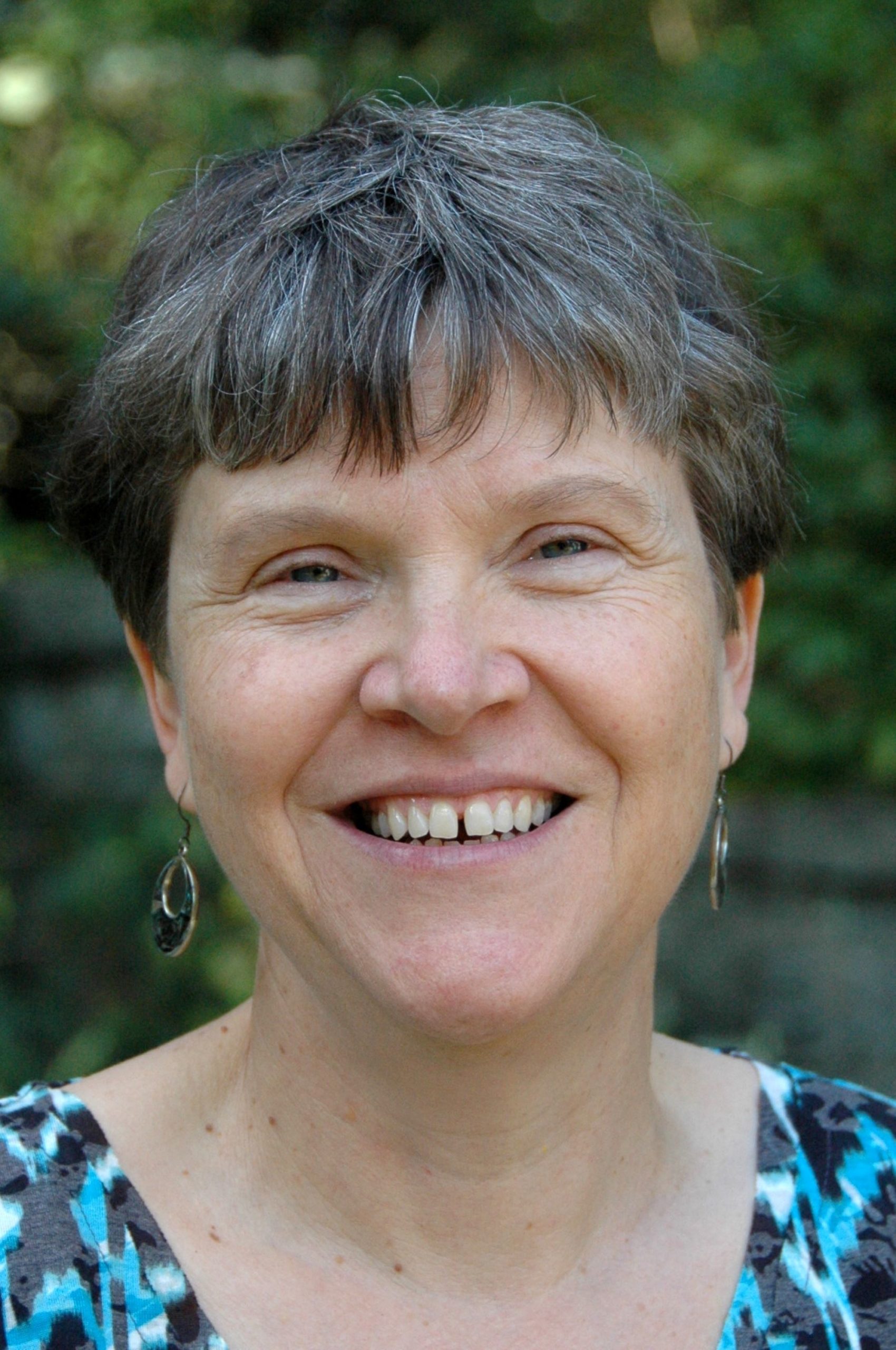 Traci Hjelt Sullivan is a member of Green Street Friends Meeting (PhYM). She is currently the Director of Finance and Operations at the Youth Sentencing & Reentry Project – an organization that acts on the conviction that children shouldn’t be treated as adults by the judicial system.

Previously, Traci worked for more than 25 years for Quaker nonprofits, including serving as Interim Executive Director of Pendle Hill from July 2019 to August 2020. She is a member of the EMIR Healing Center Board. Traci lives with her spouse and is the mother of two adult daughters. 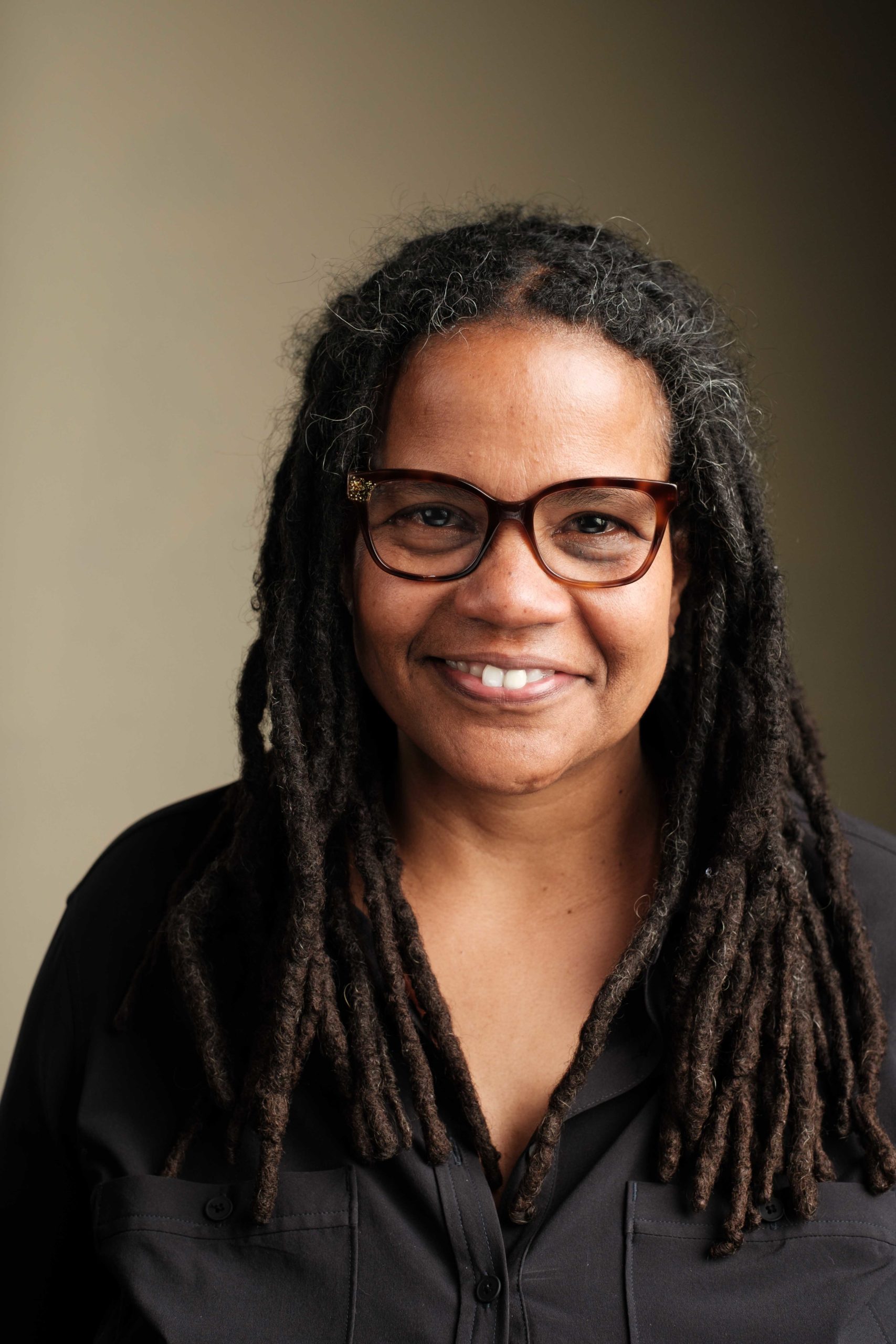 Trayce Peterson received her B.A. and Masters of Divinity from Earlham College and Earlham School of Religion. Among Friends, Trayce serves on the American Friends Service Committee Nominating Committee and is a General Committee member and co-clerk of the Diversity Equity and Inclusion working group of the Friends Committee National Legislation.

She is an active member and on the League of Women Voters Greater Tucson board. Trayce co-founded SplitSeed Productions, which uses art-based interventions to inform, educate, and explore human rights issues. An avid film lover, she is a member of a team working on a film that profiles the work of four longtime Chicana feminist activists at the forefront of immigration rights organizing here in Southern Arizona.

Among Friends, Trayce serves on the American Friends Service Committee Nominating Committee and is a General Committee member and co-clerk of the Diversity Equity and Inclusion working group of the Friends Committee National Legislation. 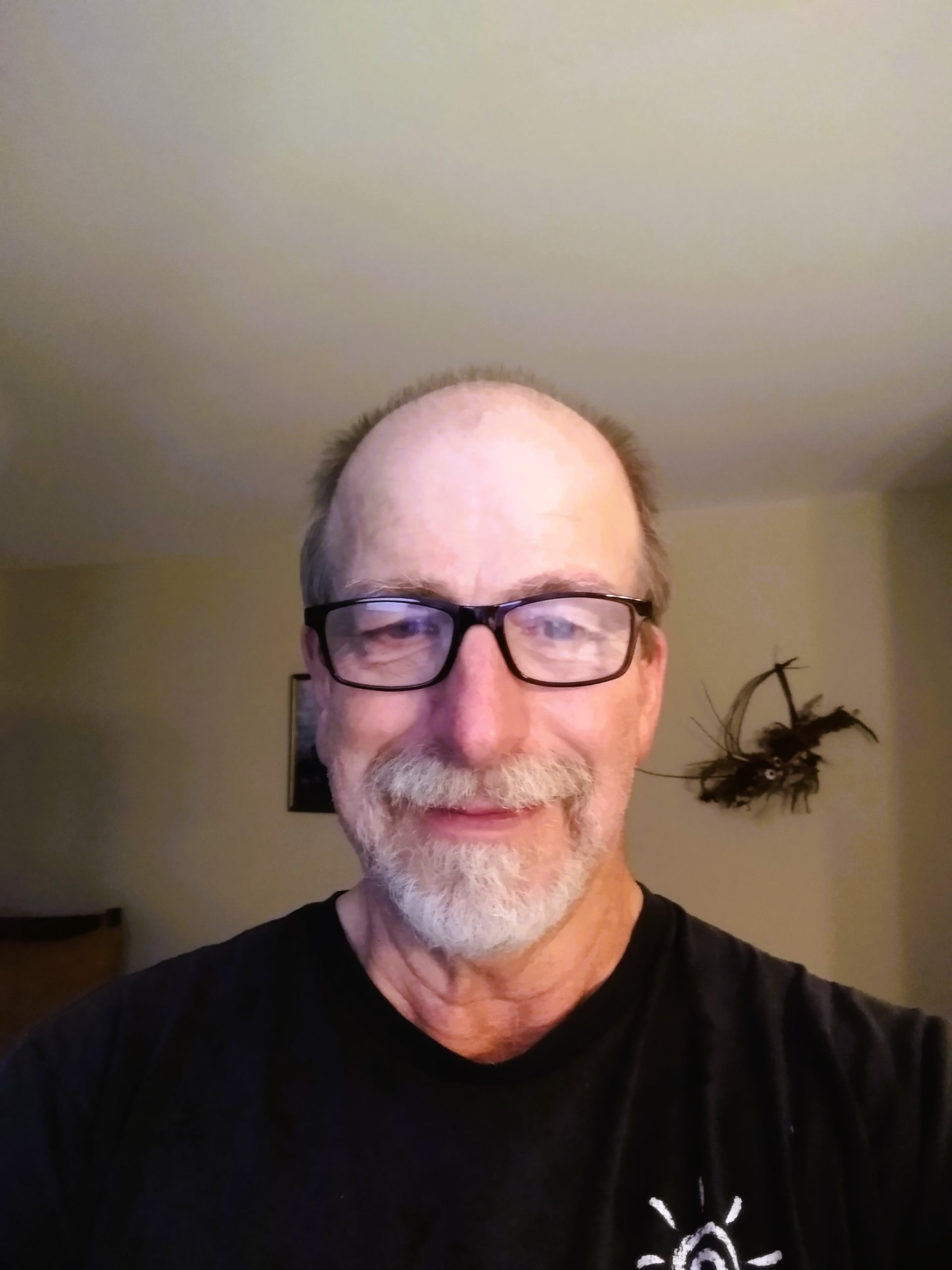 Fritz Weiss worked in Vermont in public schools helping schools become better at educating students who struggled with emotional and behavioral challenges. An essential element of this work was effective communication with professionals, parents and youth. He helped launch three new schools, two as part of the team and one as a parent.

Fritz has a MA from Northeastern University and a Certificate of Advance Graduate Studies from the University of Vermont. Fritz has been active among Quakers in New England for many years.  He served as the presiding clerk of New England Yearly Meeting for four years from 2015 – 2019.  He is a member of Portland (ME) Friends Meeting. 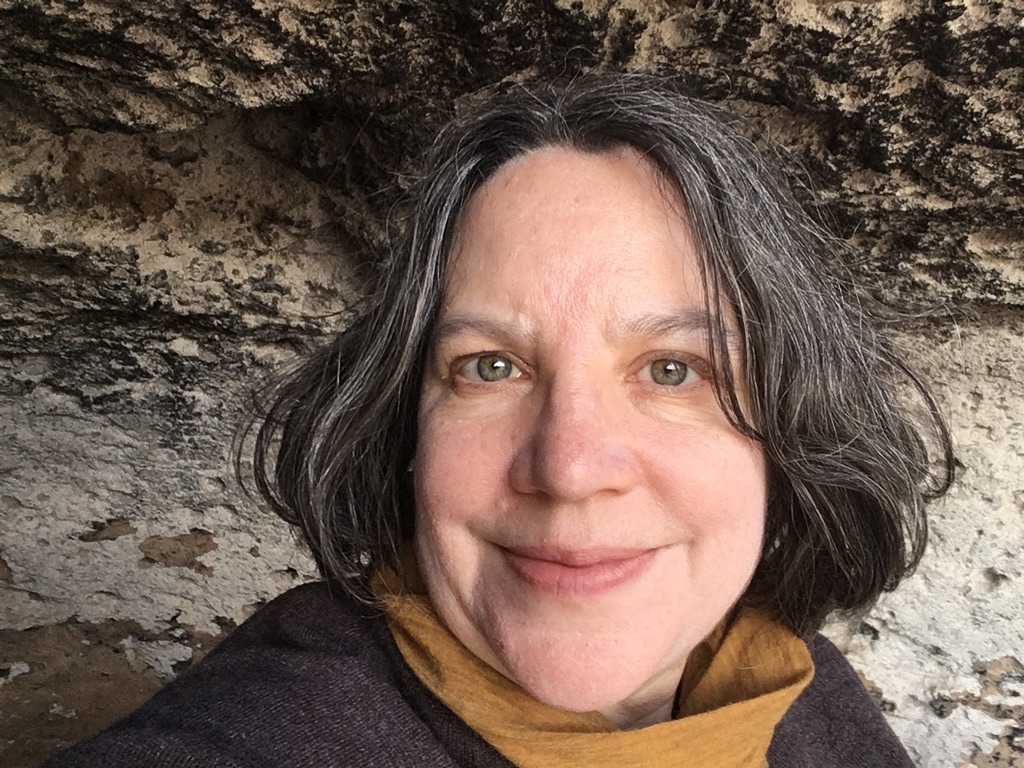 Holly Baldwin is a Spiritual Director and retreat leader, and group facilitator. She has served in a variety of Quaker leadership roles, both in both staff and governance roles. She served for 11 years as Director of the Beacon Hill Friends House, and has held various positions at Friends General Conference. In volunteer capacity, she has served as clerk of the Permanent Board of New England Yearly Meeting. Holly is a member of Fresh Pond Monthly Meeting (New England Yearly Meeting) sojourning at Albuquerque Monthly Meeting (Intermountain Yearly Meeting.) 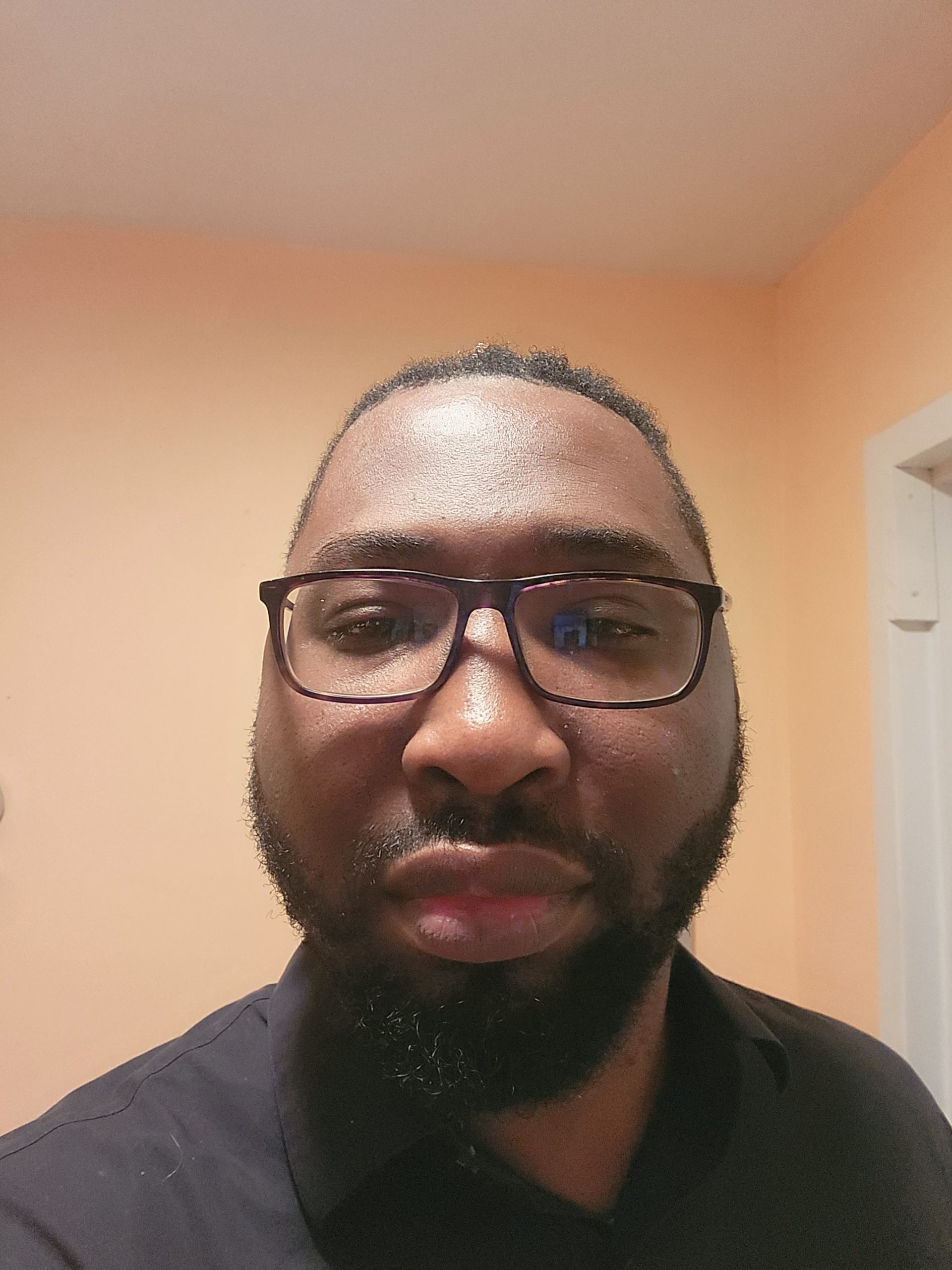 Anthony Christopher-Smith is a convinced Friend from Central New Jersey. Currently a resident of Newark, NJ, he is a social worker and psychotherapist. He has an interest in non-profit governance. A member of New Brunswick (NJ) Monthly Meeting and serving on the governing General Committee of the Friends Committee on National Legislation (FCNL). When he’s not working or Quaking, he hikes, cooks, and thinks about where to travel next. 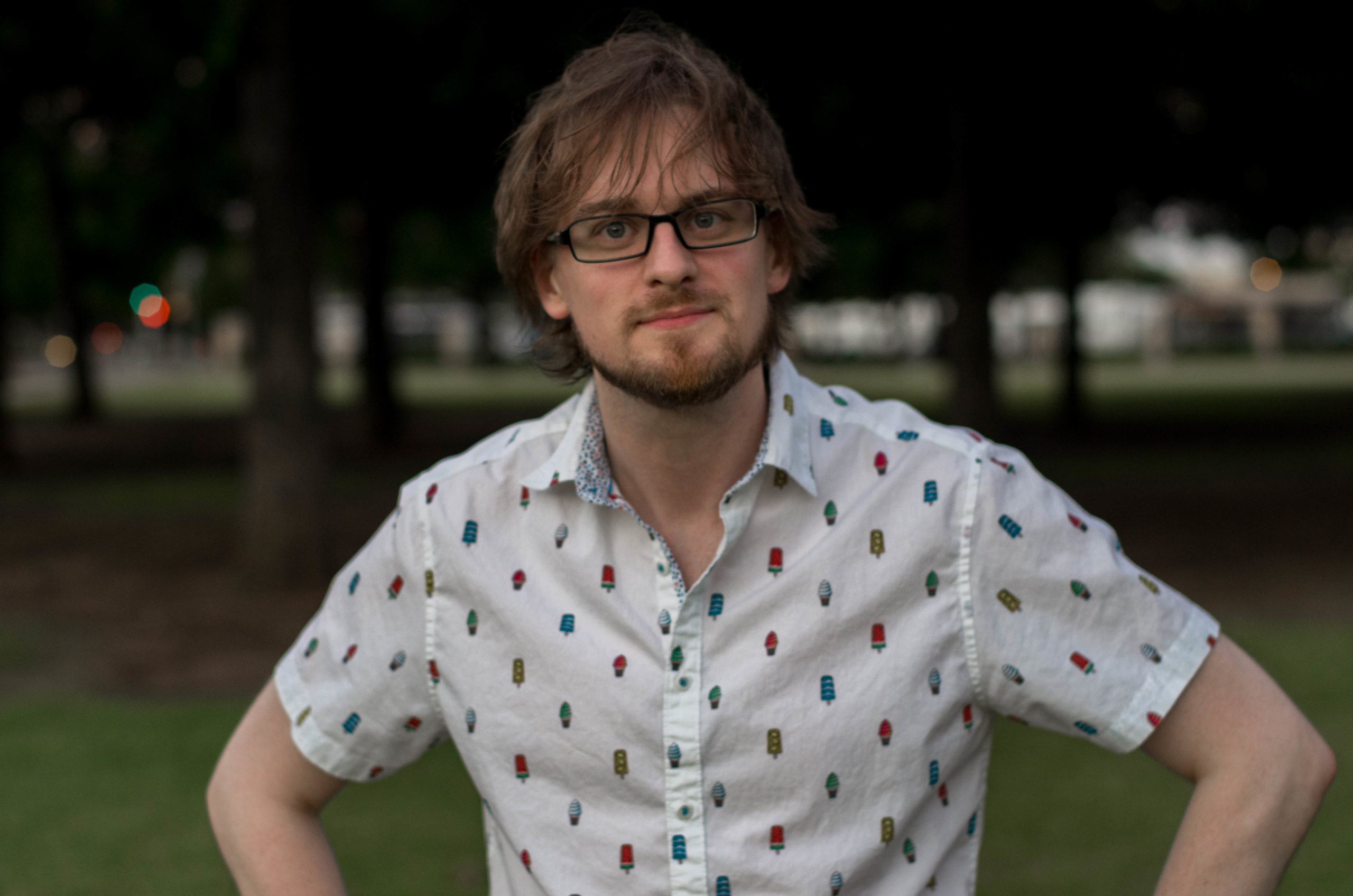 He has worked in the Texas legislature, at a think tank, a land trust, a trade group and editor and writer at three award-winning magazines.

His writing about art, architecture, politics and urban affairs has appeared in numerous publications including Arts and Culture Texas, D Magazine, The Appeal, CityLab, Huffington Post, Next City, Jewish News Syndicate, Texas Observer and elsewhere. James has also served on the governing General Committee of the Friends Committee on National Legislation (FCNL). 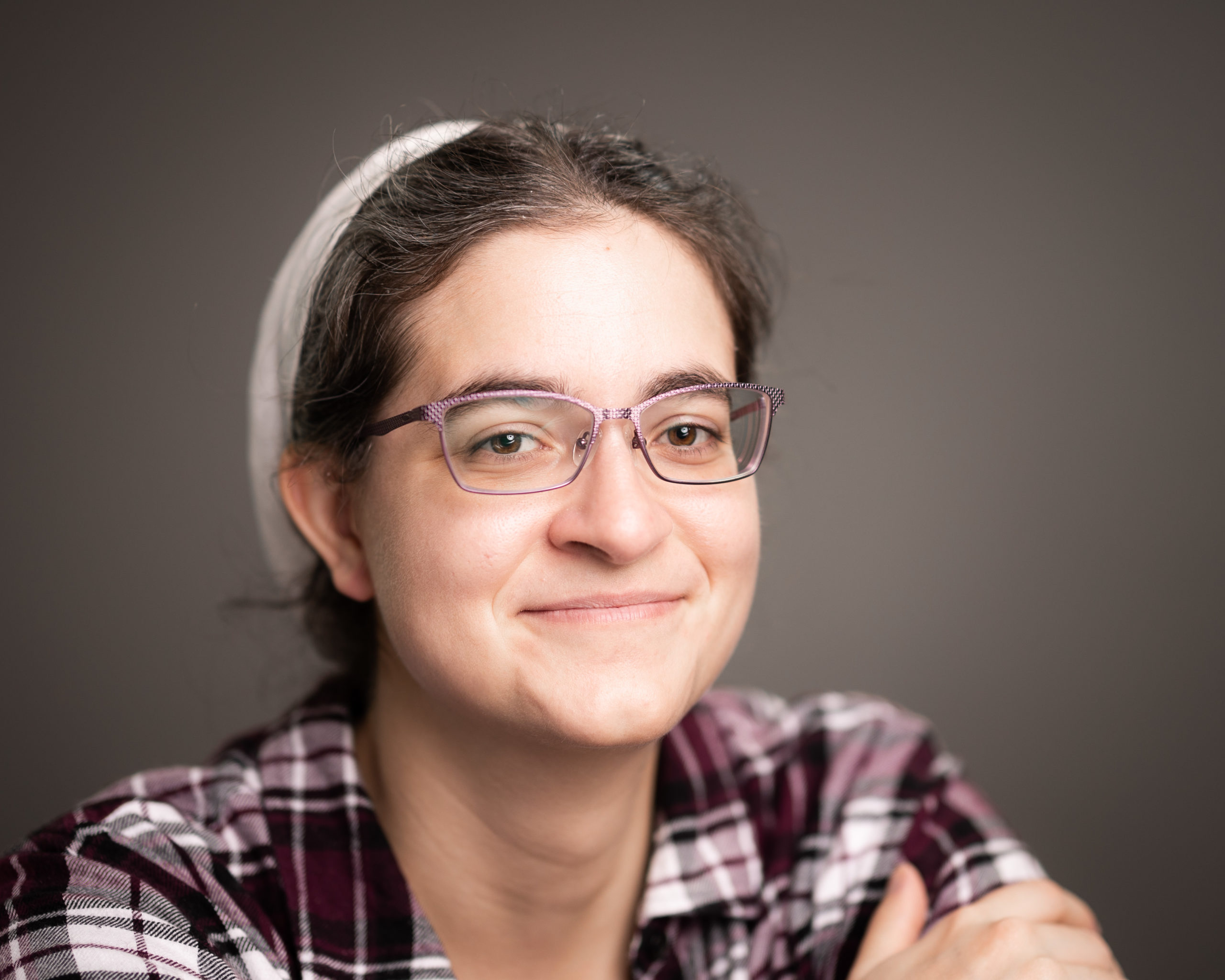 Mackenzie Morgan is a member of Adelphi Friends Meeting in Baltimore Yearly Meeting. She has recently completed six years on BYM’s Advancement & Outreach Committee, for which she served several years as clerk and has now moved to Adelphi’s equivalent committee.

As an extrovert who is extremely at-home with technology, Mackenzie has been active for several years on social media sharing information about Quakers with anyone who has questions.